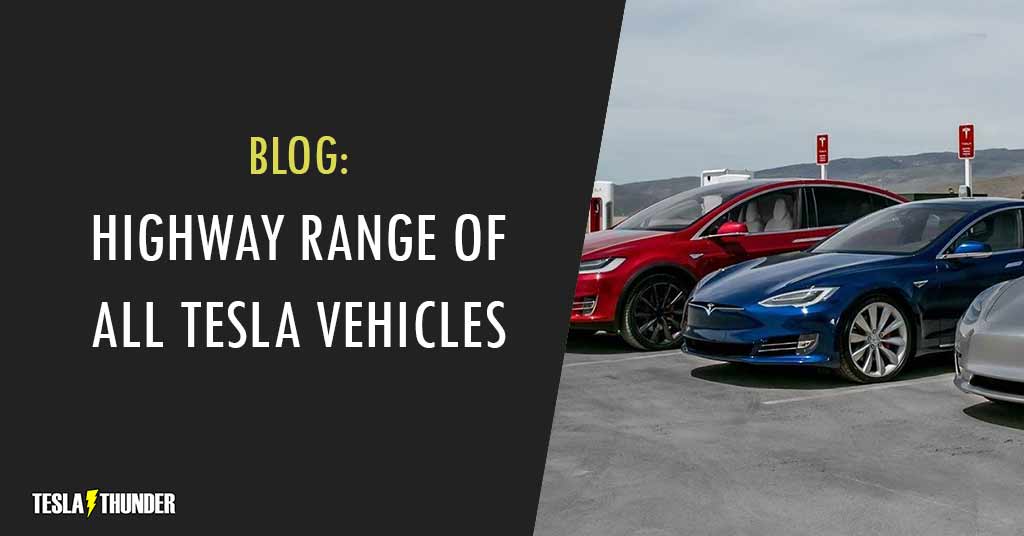 An electric vehicle owner knows what kind of range to expect from his vehicle based on his driving habits and routes driven after driving it for a few weeks. Range estimates can change when you’re traveling large distances at continuous speeds.

Data of various sources were compiled by TroyTeslike and he was able to create a comprehensive, handy chart to help Tesla owners and people considering buying a Tesla. His list covers the the Model S, Model S, and Model 3, with model years from 2014 to 2018. Rim size and battery pack size are taken into consideration as well.

Most importantly, cruising speed is taken into consideration, something that Tesla and other agencies don’t communicate when giving out range estimates.

We can conclude the following from the table:

The RWD Tesla Model 3 with the long-range battery and the 18″ aero wheels gets the absolute best range out of any Tesla, period.

A Model 3 LR has an advertised EPA range of 310 mi. In fact every Model 3 except the standard-model ones have that same advertised range.

The Model 3 LR with the 18″ aero wheels realistically has a range of 332 miles, 7% more than what is advertised as it’s actual range.

However, the Model 3 Performance with 20″ wheels range 15% than what is advertised.

The situation gets even worse once you take a look at the Model 3 Performance with the 20″ wheels. Out of the adversited EPA range of 310 miles, it is only able to realistically get a range of 269 miles. However this is expected as it’s the performance edition and has not aero wheels.

The Model X is a big crossover with a less aerodynamic profile than the rest of the Tesla lineup. It’s not a surprise that the 60D variant of the Model X has the shortest range out of any Tesla. It is able to realistically get 194 miles of range which isn’t terrible but it is more than 100 miles less than the top performers.

This is a demonstration of the significant advances in EV-tech that have been made by Tesla in the last 5 years since the Model S was initially released. While the 2018 Model S P100D also sports a larger battery comparing it to the 2014 Model S 60, it has significantly more power as well. Despite this, it is able to have a range of just over 300 miles or range, instead of the 193 miles that the 2014 Model S has as maximum range.

It is common knowledge that higher speeds above a certain point will give poorer fuel economy in cars with conventional engines. This also applies to electric vehicles as the same laws of aerodynamics still apply.

Slowing down from 80 mph to 55 mph can give you 50% more range. But 15 mph of cruising speed different can lead to big range improvements. Cruising at 60 mph in a Tesla Model 3 LR with the 18″ aero wheels instead of 75 mph can improve your range by 29%.

Using the very efficient Model 3 LR as an example again, we can see that just 30 minutes at a supercharger can give you 192 miles of range. This is the perfect time to get a restroom break, get a quick snack and proceed with your trip. The supercharger network is rapidly increasing and taking road trips will be easier than ever in the near future.